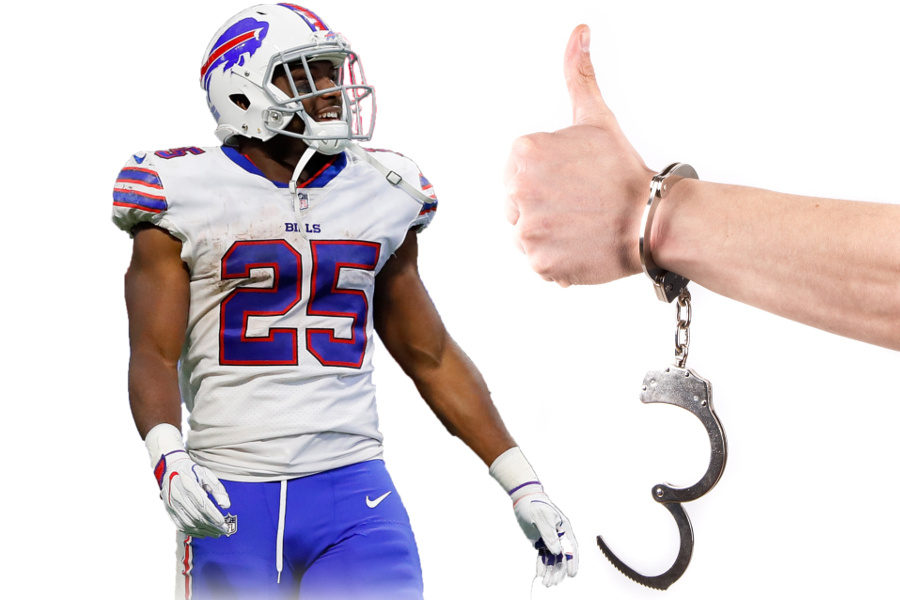 Drafting a running back handcuff is one of the more divisive concepts in fantasy football. Some owners appreciate the value of a backup "lottery ticket" who's an injury -- or a trendy suspension -- away from stepping into a nice heap of volume, while others would rather pass on these Plan B stashes.

While I would never advocate using a high draft pick on a backfield's second-in-command, there are some situations too ripe with potential to leave alone altogether. So if you're looking to take a running back handcuff in the last round of your draft, here are a few overlooked names to consider.

The Atlanta backfield boasts one of the NFL's only legitimate tandems in Devonta Freeman and Tevin Coleman, making it one of the most valuable handcuff situations in the league. Freeman and Coleman have both finished inside the Top 22 running backs in PPR leagues the last two years, even with a "down" year under new offensive coordinator Steve Sarkisian in 2017.

If one of them goes down, rookie Ito Smith is next in line for a fantasy timeshare goldmine. Smith is a wildly shifty runner with vision beyond his years. He could easily handle half the load if called to action this year.

Smith is also a great stash in dynasty leagues given that Coleman's contract with the Falcons expires at the end of the season.

LeSean McCoy could be facing a suspension -- or much worse -- if the accusations lobbied against him prove to be true. But even if nothing comes of those unsavory allegations, consider this: McCoy is a 30-year-old running back who touched the ball 346 times last year, he's collected injuries like merit badges, and he's already dealing with a groin injury to start the season. The likelihood of Shady playing all 16 games is dropping by the minute.

Chris Ivory is the immediate backup to Shady, but Chris Ivory is not a great running back. He's also never caught more than 30 passes in a season, which just so happens to be Shady's bread and butter. Without a true dual threat back on the roster, Buffalo could look to Travaris Cadet as the 3rd down pass-catcher. Considering how often the Bills will be playing from behind this year -- and how few reliable pass-catching options are on the team -- Cadet would be in line for a huge market share of targets should McCoy miss time.

Incumbent early-down back Mark Ingram is suspended for the first four games of the season, leaving a very enviable hole in a backfield that ranked inside the Top 5 in rushing production last year. The Saints recently cut Terrance West, making it all but certain Williams will take over alongside Alvin Kamara.

Ingram nearly doubled the rushing attempts Kamara had last year, and even if the Saints decide to increase Kamara's touches, Williams will have plenty to eat. And perhaps the biggest factor: Considering Ingram's in-flux contract situation, it wouldn't be outlandish to think Ingram will be offered up for a trade mid-season, or slowly cast aside to make room for some new blood. As of right now, Williams looks to be the new blood New Orleans wants running through their offense's veins.