The Texans were the worst team in football last season...hard to believe for a lot of people who picked them to represent the AFC in the Super Bowl. Injuries, pick-6's, and awful coaching(good riddance to Matt Schaub and Gary Kubiak) derailed this team from achieving any kind of success.

There is no doubt now they are a better team now than they were coming into the draft. Let's take a look at some of their picks:

This pick was a no brainer.  There was not an Andrew Luck or RG3 type of guy in the draft so the Texans take the best guy on the board.  Highly regarded as a once in a generation talent by many, the Texans take the surest and the safest pick in the draft with the 1st overall pick. He's an athletic freak of nature who is also a very gifted athlete. Oh yea, he also gets to play alongside the best overall player in 2013, according to ProFootballFocus,  in J.J. Watt. Fellow AFC South QB's; you have been warned. Grade: A+ 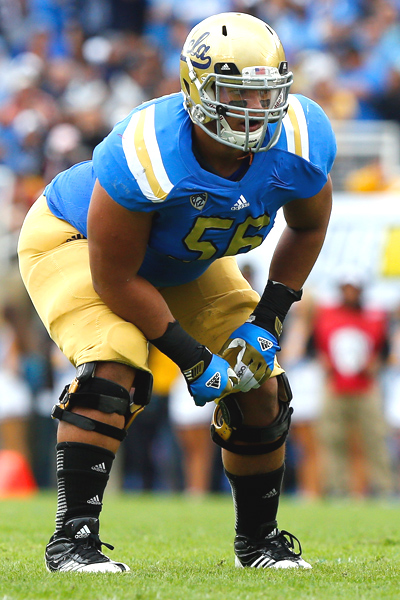 Many people expected that the Texans would go QB here; Ryan Fitzpatrick is not a savior and Case Keenum should be a backup for life. However, the Texans take the highest rated guard in the draft. He is not only very good, but mature beyond his years; he took two years off to take a Mormon mission. He is also very verstalile; he played left guard and left tackle in college and he also started every game in college. He will be a day 1 starter; he will start at left guard immediately for either Ryan Fitzpatrick or Tom Savage. Grade:B+ A huge glaring at QB was needed to be filled this draft but 3 rounds later, there still wasn't a QB selected that was heading to Houston.  Instead, the Texans take the 6'6'' tight end out of Iowa. This kind of puzzled me since he only had 95 receptions with 10 TD's while at Iowa, but I can see the logic of trying to fill the void left by Owen Daniels leaving the Texans for the Ravens. Head coach Bill O'Brien sees a Gronk clone with C.J. which is ironic, since Bill used to be the offensive coordinator for the Patriots in 2011. I see that most of his value will be in the run game; he is a great blocker which allow him to stay on the field for more plays. Grade:C+