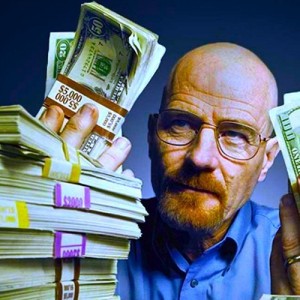 Happy Turkey Day, everyone! This week, I’ll be focusing only on the weekend slate thereby avoiding the Thursday picks. I will mention a few quick names that I think are great FanDuel and DraftKings value plays if you do happen to play a Thursday lineup: Zach Miller should be very productive with Martellus Bennett out, and if either Chicago running back sits, play the other! I also really love Eddie Lacy and his price is still relatively low. Ameer Abdullah makes an interesting upside play against a Philly defense that just gave up 235 yards to Doug Martin.

But that aside, onto the Sunday picks!

I think Cousins is “good Kirk” this week against a Giants Defense that has improved of late but can still be beaten. Assuming Jordan Reed plays, Cousins should have his full complement of weapons in what could be a high-scoring NFC East matchup.

New England has been playing great defense of late, but I don’t think they can shut down the Broncos in Denver. Osweiler looked very good in his first start against a respectable Bears team, throwing for 250-ish yards and two scores. More importantly, he showed his ability to limit mistakes and make the smart play, not turning the ball over a single time.

Sunday afternoon, I texted my friend and fellow DFSer two simple sentences: “Get Rawls in all your lineups. Now.” I’m going to just leave that perfectly phrase bit of advice alone for week 12. It’s good as is!

Draughn has caught 12 passes in the past two games. 12. DFS is a PPR format, right? Right. Draughn is like the super-unsexiest play you could possibly imagine, but he’s cheap production and getting literally all the work. Oh, and the Cardinals have given up almost 200 yards to Running Backs through the air in the past two weeks.

How is he still this inexpensive? Especially on DK? OK, I know he hasn’t had the monster game yet, but trust me, it isn’t for lack of trying. Brady has looked for him on deep balls, in the red zone, and even across the middle - in short, he’s an integral part of the best passing attack in all of football and his competition for targets is almost non-existent with Julian Edelman out and Danny Amendola banged up.

Love the Draftkings price a bit more. The issue with Floyd is his injury. If he plays, I think you gotta use him. His big play potential is huge and the Cardinals have so many weapons it’s impossible to stop them all. Who do you focus on? Fitz? John Brown? Floyd can feast if he’s healthy.

Definitely a tournament shot in the dark, Harris gets to face a Washington secondary that is eminently beatable, which is geekspeak for “bad.” I wouldn’t use him in a ton of lineups, but the upside is there. I think he or Rueben Randle will likely go off, and if I had to pick one, I’d go Harris.

Seattle has been vulnerable to the TE position and Heath Miller seems due for a big game, doesn’t he? With Big Ben back, I think this game is higher scoring than one might believe, and I like Heath for a solid number of targets and catches. I think he easily hits value (9.3 points for 50/50s and 13+ for tourney plays).

Davis finally started to look like what a TE in the Gary Kubiak offense should look like in week 11 against the Bears and now that Brock Osweiler has his first start behind him, I think they may open up the playbook a bit more. I like Davis for a solid performance in back to back weeks.

Week 12 Defenses for the Road…

Just for fun, I will be using the Buccaneers this week against the Matt Hasselbeck-led Colts. They’ve quietly been a top-10 defense this season and the Colts aren’t going to blow you out of the water with offensive prowess. Of course, the Chiefs remain a good play on this mini-hot-streak they have underway.

Best of luck in week 12! As always you can tweet me: @pkaragianis