After a solid outing last week I'm feeling friendly and wanted to share the love. Here's my top three optimal lineups this week for Fanduel covering both cash games and guaranteed prize pool tournaments (GPP). Each cash game (50/50 etc) features the same two running backs and each has a different quarterback. Brady and Palmer are my featured quarterbacks and I did this based on projected ownership rates. I'm sure everyone is hot on Brady with his revenge game against the Colts for you know, the deflate gate thing. I want him in play in case he goes off for 3 or more touchdowns, yes it's possible. On the flip side I think Palmer will have a lower ownership percentage in a game where Arizona should dominate. Nevertheless, the opportunity for upside is there and I could "what if" all day. I really wanted to get Leonard Hankerson into my lineups. If this wasn't a cash game lineup I'd remove Fitzgerald and Lewis and replace Fitzgerald with Hankerson and Lewis with "All Day"AP. Heck, scroll down I'll give you a lineup with Hankerson in it. The Saints secondary should have trouble with him as they focus on a now healthy Jones. Hankerson's value is there as you can see in our DFS salary chart, notice how all sites except Fanduel raised his salary. 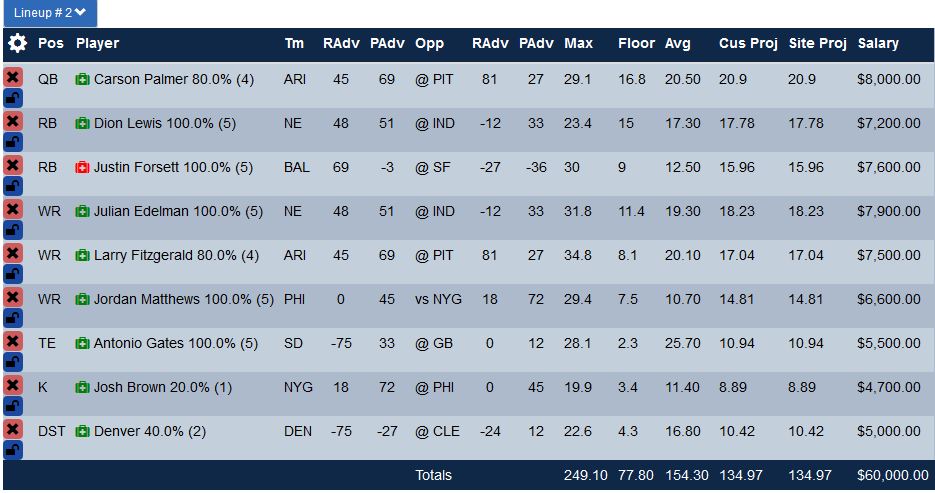 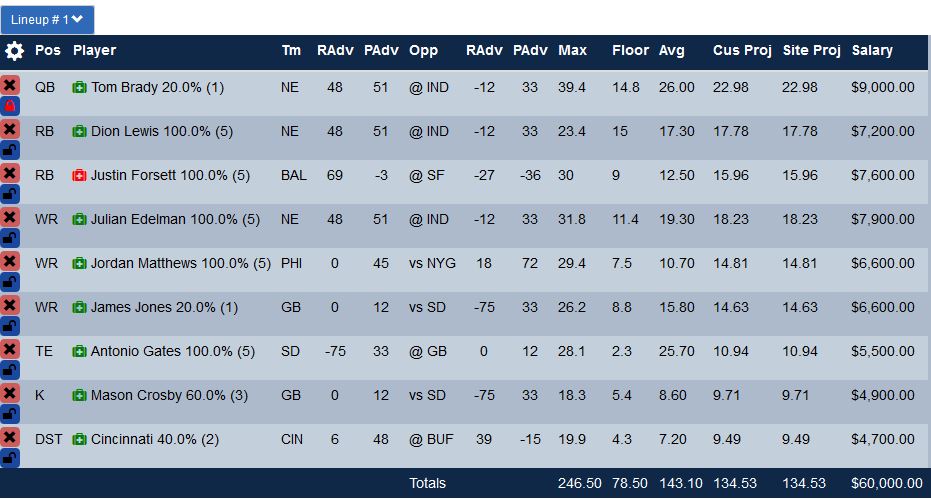 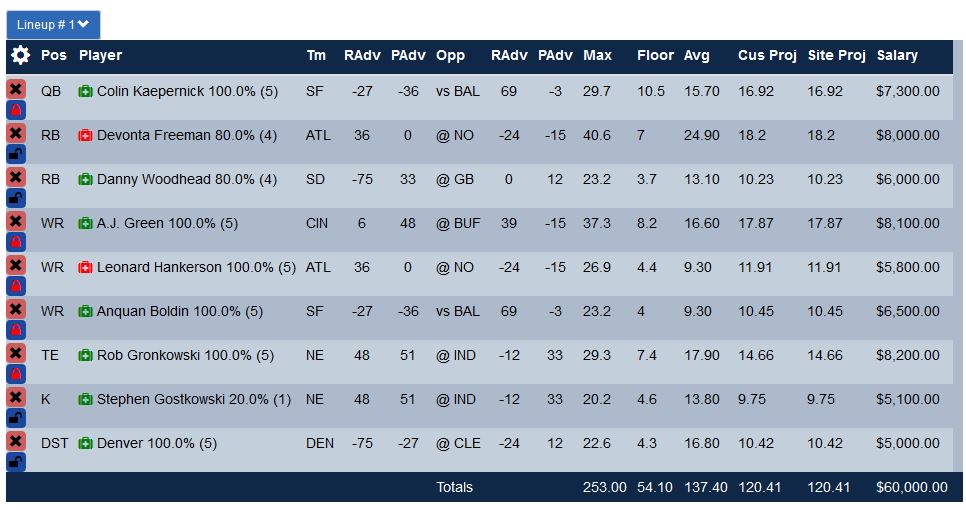 Wait a minute I know what you're thinking. Kaepernick sucks and Hankerson paired with Freeman is a bad idea. But hear me out, Freeman is going to gash the Saint who just so happen to be minus one of their better (cough cough lol) run stoppers. But Hankerson should get the majority of yardage via the air if the Saints put Lewis on Jones with Byrd over the top which I'm expecting to happen. Kaepernick played well enough last week to earn my trust against one of fantasy football friendliest units against the WR and QB. I like the Colin/Anquan stack and since most others won't it makes it that much better for tournament play.