Hope you won last week. I had a pretty good week and my teams have been on a roll past few weeks. 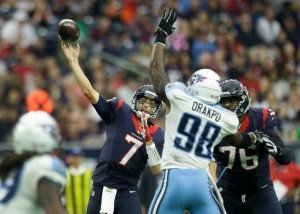 Kelvin Sheppard (MIA): Injuries to Jelanie Jenkins and Koa Misi meant Kelvin started, and he did well from an IDP perspective. 15 total tackles. Keep an eye out on the injuries and pick him up if both guys are still out.
Brian Orakpo (TEN): I mentioned RAK last week and will do so again this week. Big play leagues this is a LB1 for you. Tackles leagues he is more of a LB2/3 right now but he is playing very well
Avery Williamson (TEN): Mentioned him last week and again I do so this week started to really play well and I think will be one of the top 10 LB's next season
at DL
Kony Ealy (CAR): I am surprised by how low his ownership is in ESPN leagues (3%). He has had a sack in 4 straight games now! He will get to Tony Romo on Thanksgiving!
Linval Joseph (MIN): I hope some of you are listening to me, he was on my list last week and again this week. In week 11 he had 9 total tackles! His ownership is picking up so I hope he is still there for you
Corey Liuget (SD): He may be on your waiver wire because he was injured for the past month. He normally is a top DE to own.
at DB
Bashaud Breeland (WAS): Alright that is it, this will be the last week I mention Bashaud Breeland. he is entering the DB1 territory and posting amazing numbers, last week he had 11 total tackles!
Logan Ryan (NE): His ownership is 0% in ESPN leagues! He has 50 tackles on the year and 4 INT. I am taking that as a DB2. I you start 2 CB's look at this guy. He is a stud. I started him and Breeland in one my leagues last week and it paid off.
Damarious Randall (GB): One of the better rookies to own out there, he has 12 deflections on the year!
Category - IDP Fantasy Football - IDP Waiver Wire Week 12