The Seattle Seahawks are another NFC West team that finished the 2011 season extremely strong. They had the look of a contender when all was said and done.

With that said, they are in need of upgrades on both sides of the ball. While quarterback appears to be the most pressing need, I really don't see any value for them here in the first round. Instead, they are going to look to improve at other positions of need.

The San Francisco 49ers are clearly the class of the NFC West, but Seattle could close the gap with a solid draft.

The Seattle Seahawks are in need of pass rushing help from their front four. Outside of Chris Clemons, who had 11 sacks, accumulated a total of ten sacks in 2011. That really isn't going to get it done for a team that runs a 4-3 defense.

Nick Perry gives Seattle that pass rush ability immediately. He will consistently get in the offensive backfield and reek havoc against opposing quarterbacks.

I am not a big fan of dropping Weeden too far down the list because of his age. In fact, this could play to the benefit of the team that drafts him. His skill set suggests that Weeden could be ready to start from day one. I absolutely love his arm and accuracy on the intermediate routes. 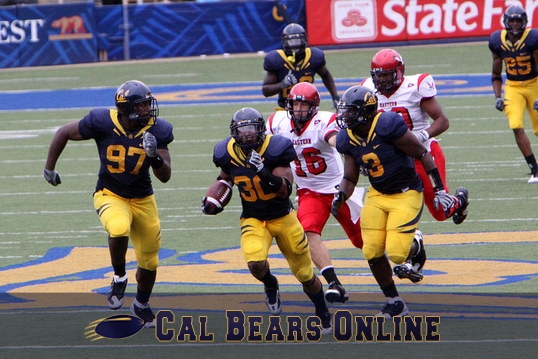 One of the biggest risers since running a position best 40-yard dash at the NFL Combine, Kendricks has the looks of a player that can standout a great deal in both the 3-4 and 4-3 scheme. He also seems to be a perfect fit for what the Seahawks do on offense.

This would be a value pick at a need position, cannot ask for much more than that.

I just recently got around to watching tape of Pierce and he impressed me a great deal. This is a player that could be a real mid-round steal. He has the size (6'0", 218) and speed (4.49, 40) to be an every down back at the next level. Additionally, Pierce can catch the ball out of the backfield and is already a decent blocker.

The Seahawks did just re-sign Marshawn Lynch, but are in need of a complementary guy. Justin Forsett just isn't getting it done and Leon Washington will never be that type of guy due to lack of size and injury issues.

Not that great in coverage, Robinson might actually translate better as a linebacker at the next level. He does have a nice combination of size and hitting ability to make an immediate impact on special teams. More of a projection pick than anything else.

Jordan White will not stretch the field at the next level, but he does have the frame to be a nice possession receiver. He catches the ball away from his frame, has soft hands and runs tight routes. A pure depth pick at this point.

The Alabama product would normally go much higher in the draft, but the center position is absolutely stacked in 2012. I project a minimum of six starter caliber centers to get drafted in April. Vlachos is the last of that bunch. Great value here.