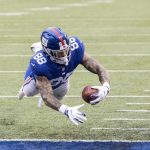 The fantasy football community can be a fickle people. Too distracted by shiny new toys and controversial opinions, we often overlook the incredible things happening right under our noses because they’re “old news.” That’s the purpose behind this brand new series of articles: to shed some light on great fantasy performances that somehow went unnoticed. […] 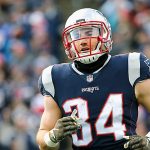 Finally, after months of speculation and mock drafts, the NFL Draft is in the rearview. We can now start to sort out draft values for the league’s new additions based on where they landed. The 2018 draft class is full of potential playmakers, and over the next few weeks and months we’ll assess just how […]

ROUND:1 PICK12 ODELL BECKHAM JR. WR LSU HEIGHT: 6’0” WEIGHT: 194 lbs. CLASS: Jr. The Giants forgo the safe meat and potatoes pick of Zack Martin for the speedy playmaker, Odell Beckham Jr.  Reese wanted to aide Eli, and give him another weapon for his arsenal to help him bounce back. “ODB” is the by […]

With the draft under two weeks away, rumors are swirling as to what will happen on May 8th.  Who will land Johnny Manziel?  Will the Falcons trade up for Jadeveon Clowney?  What position will the Giants address at 12?  What we tend to forget is that the draft is seven rounds, and a successful one […]