The top scoring quarterback in fantasy for week 9 was Marcus Mariota, we all saw that coming, right? Quarterback is one of the most replaceable positions in fantasy, but it is tough to predict who to start on a weekly basis. Tight end is also a position that can be a carousel, but in that case it is because there are so FEW good options. Whether you are looking to replace a quarterback or tight end, or you just want some depth read on and see who is worth your waiver claim.

Quarterback
• Jameis Winston TB - 20 pts
• Derek Carr OAK - 29 pts
• Recommend Against: Tennessee Quarterbacks - Mariota - 34 pts
Tight End
• Jacob Tamme ATL - 6 pts
• Vernon Davis DEN - 0 pts
• Heath Miller PIT - 3 pts
Winston is quietly becoming one of the more stable options at quarterback; he has scored 20 or more points for the last three weeks in a row. Carr has been smoking opponents for the last three weeks and is a must-start quarterback at the moment. Mariota proved me extremely wrong last week, although it may say more about the Saints defense. Jacob Tamme clearly has a valuable role in the Falcons passing game and may be more than a spot starter. Davis was not comfortable in the Broncos offense yet and Owen Daniels had a huge day instead. Miller is no longer worth holding onto as Big Ben is hurt again. 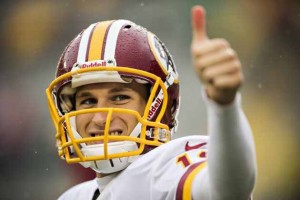 This is a one week only recommendation. Cousins has DeSean Jackson getting back up to speed and a bad Saints defense on the horizon. These seem like a recipe for success even if you are talking about Cousins, who always finds a way to fail. If you own Luck, Rivers or Ryan and are in a deep league, Cousins could be the man to save your bye week.

Cassel looked like he was starting to find his way in week 9 as did Dez Bryant. Getting Bryant back into the swing of things is huge and will be a game-changer for the entire Cowboys offense. Although Cassel may only have two starts left before Romo returns, he should be productive in those games.

Big Ben is down again and Jones should have at least another week as the starter. Most likely this is good news for Martavis Bryant and bad news for Antonio Brown, but other than that it should not impact fantasy owners. Do not pick up Jones and definitely do not start him.

Ebron had a bad week for the Lions and as a result he was dropped by a lot of owners. This means that now is the time to go out and grab a potentially game-breaking player for nothing. Of course, every week there is the possibility that Ebron does nothing, but he could also score a pair of touchdowns. Even if you are grabbing him as a backup, he should be owned.

Coming off a bye week, Gillmore is a bit of a forgotten commodity. He will see a higher volume of targets than when Steve Smith Sr. was on the field. He also makes a decent red zone target on a team that has very few of those. Week 10 brings a matchup with Jacksonville and points should be scored in bunches, Gillmore has a good chance of getting in on the action.

Owning 49ers is generally not a very palatable notion this season. With the quarterback change and the trade of Vernon Davis, it appears that Celek is the red zone target of choice, though. With two touchdown catches on Sunday, Celek could become a viable fill in during the latter part of the season. If nothing else, the Niners are almost always playing from behind which should mean a lot of passes being thrown.