This is a hot week for shootout's as there are five games on Sunday's main slate with over/unders of 48 or higher. Plenty of points to be scored via the passing game which means we need to figure out which receivers will benefit the most in each shootout. I've made an adjustment to the week 13 heat-map to include allowed rushing stats. You can use this to help identify funnel defenses that are so good at stopping the run you just know where the offense is going to produce fantasy points. You should use this heat map in combination with our receiver target stats to identify trending players if you're in full PPR leagues. For those of you playing DFS this is the best single tool I use to identify which receiver is going to have increased production. I write them down then load them into our DFS optimal lineup tool to create winning lineups.

You'll also like our week 13 projected ownership rates for FanDuel. 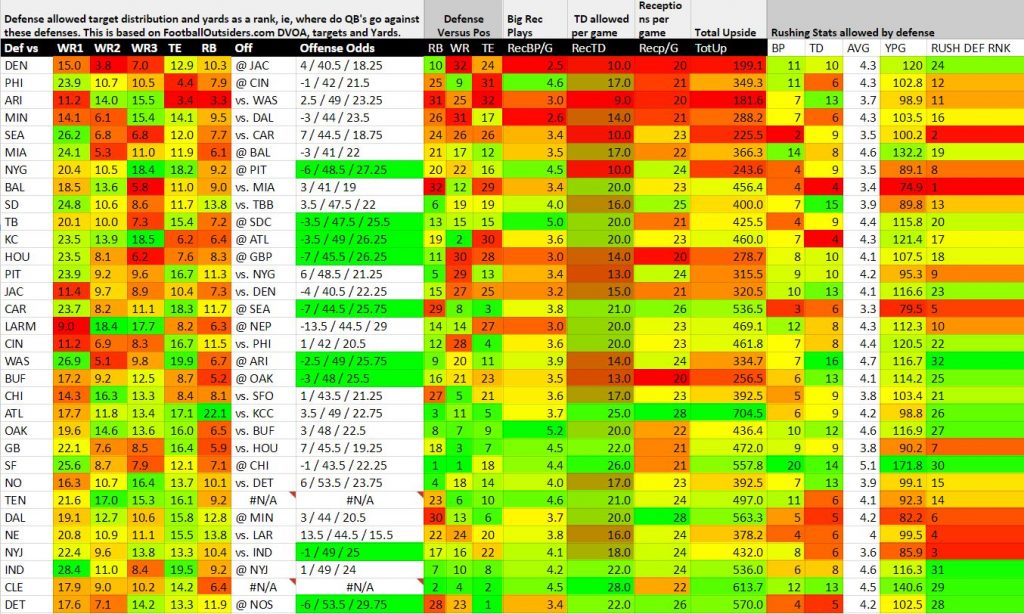