We've been having success with our optimal lineups in cash games and 50/50 plays. We expect the trend to continue in week 6 with some exceptional value plays and under priced players, especially in Yahoo Daily Fantasy. One of our members mentioned here that he's simply been using the default setting in our optimal lineup tool to get his cash game lineups, man that's trust! But goes to show that not much tweaking is required as the projections only get better with each passing week. In the below lineup I did remove some of the players that the default optimizer recommended because the rushing and passing advantage metrics just didn't suit my taste. Nevertheless, almost all of these players came highly recommended by our optimal lineup calculator.

Here's the optimal lineup for cash games on Yahoo.

Bonus: Top 13 Players to Use on Yahoo In Week 6

As Mr. Jones pointed out in the comment section, Justin Forsett has yet to practice this week (ankle). Coach John Harbaugh expressed optimism on Forsett's Week 6 availability but I'd like to give you another optimal lineup just in case. Here we go! behold, the Palmer Lineup! Once again this is a cash game - 50/50 lineup. Not to be used for GPP tournaments. 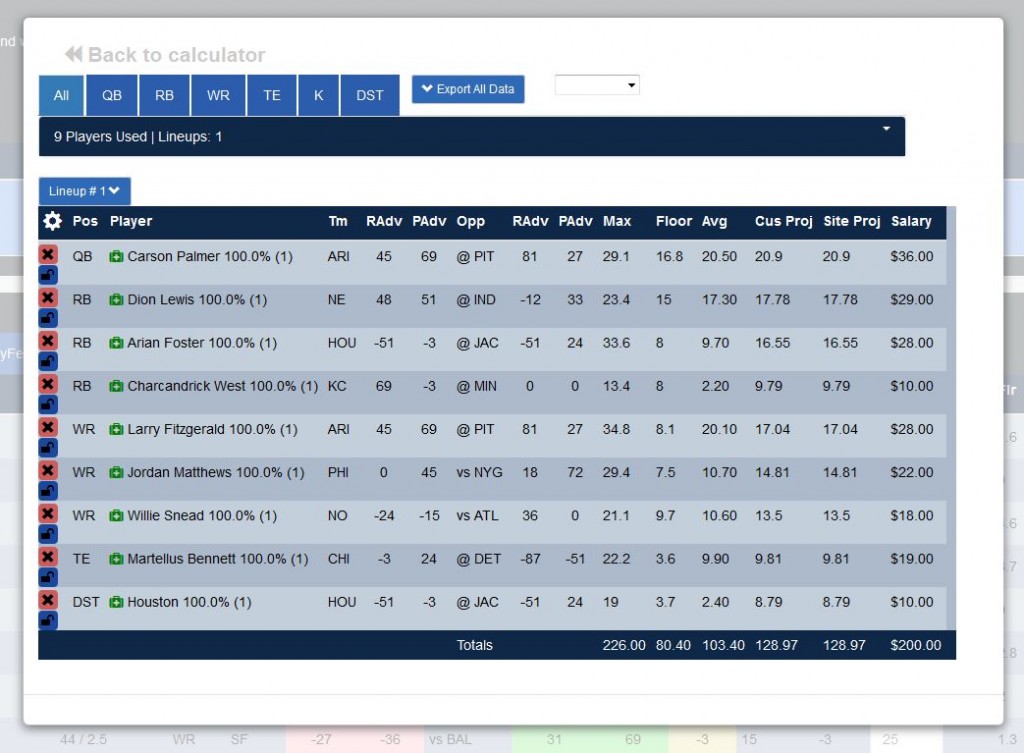