Vegas has a fair number of games projected as high scoring affairs in week 9. To be successful we'll try to glean as much information as we can from the offensive line versus defensive line matchups as we can. The rankings (or ratings?) are based on allowed sacks, QB hurries, hits, etc for both sides of the ball. I've included fantasy points allowed versus position as another indicator of possible success. As usual I've highlighted the team defenses that appear to have a solid OL vs DL match-up, low implied points as well as a favorable fantasy points allowed rankings. For comparisons sake here is last weeks chart. 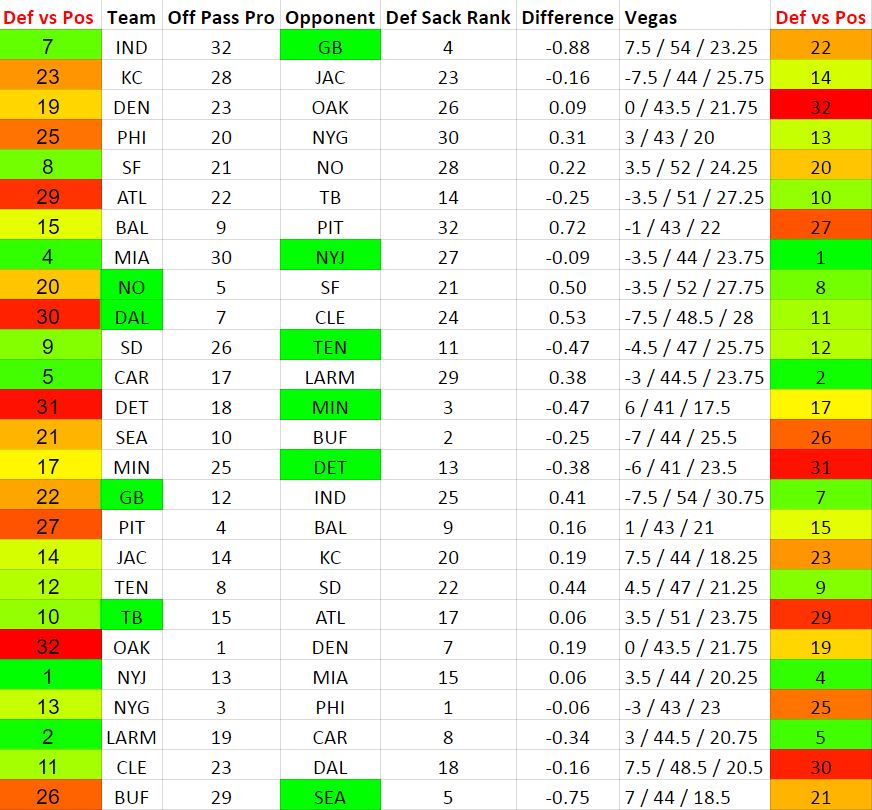 Week 9 Defenses to Target Based on Matchup

On Offense In Week 9

Good luck this week and if you need anything let me know in the forums.