Staying up-to-date is time consuming, because of this we only cover the players most likely to make an impact on your fantasy football team. I'm talking about the offense: quarterbacks, wide receivers, running backs and tight ends. Our staff is dedicated, experienced and most of all wants to help you dominate your fantasy league. 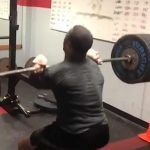 After a few weeks of hiatus due to my health, I have returned just in time to get you to the playoffs. The success of your team so far will determine who you should be targeting. If your team is in 1st-3rd place and a mortal lock for playoffs, start targeting players with good schedules […] 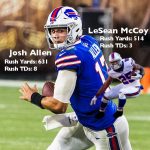 That’s a wrap on the 2018 football season, folks! Just because the season’s over, that doesn’t mean you should stop learning from it. Here are some surprising fantasy stats about the year that saw Pat Mahomes’ breakout, Le’Veon Bell’s holdout, and Derrick Henry’s record-breaking resurgence. Use these nuggets of information to help secure a championship […] 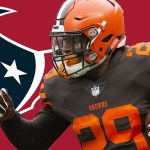 What could be more fitting than a man named Duke joining the Texans?  In a not so surprising move, the Cleveland Browns found the trade partner they were seeking and shipped Johnson off to Houston. My, what a pricey “satellite” back… The compensation, however, did lend itself to a few raised eyebrows.  John Dorsey (Cleveland […] 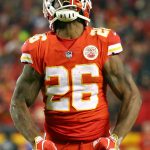 The undrafted Oklahoma product is entering his fifth NFL season toting a resume that can at best be described as mediocre. Many would even take that as a kind and gracious perspective. It would be hard to make a case that his naysayers are mistaken. In his three years as a Miami Dolphin (which to […] 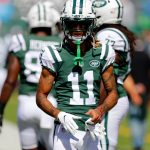 In fantasy football, we’re always on the lookout for the next top prospects. That’s how you stay ahead of the curve and on top of your teammates. (Yeah, I heard it. And I stand by it.) It’s not always an easy task, especially when it comes to wide receivers. More than any other position in […]