Here's my pass defense vs receiver heat map for week 11. This is a great deal more in-depth than a simple CB vs WR system. With this one single chart I can (and do) pick my baseline list of players to use in our DFS optimal lineup tool. I also use my heat map and rankings when setting my regular fantasy league lineup. Jim T. emailed me yesterday and asked "Just found your DST vs receiver heat map a couple weeks ago. Very intriguing but I'm still trying to understand what it all means." I'm going to break it down for you a bit more in-depth this week.

How To Read The Heat Map

The chart tells me that Latavius Murray is due for a big game. Here's how I came to that conclusion. HOU @ OAK and Oakland is 6 point favorite with an implied team total of 26 points. Remember we want to play running backs on teams projected to play with a lead and a team total higher than 25. Now I look at fantasy points allowed and the receiving numbers, all good. Houston is allowing the 13th most fantasy points to the running back position. When teams have the lead they run the ball. And based on these numbers they will obtain the lead with Murray.

But wait, Murray is projected as the 14th most productive running back in our optimal lineup tool. On other sites I see Murray range from RB4 to RB15. What gives? Why isn't everyone on Murray this week? Projection systems are really good at finding average projected production. When using a heat map like this we're really gold mining for the upside picks. Houston hasn't had much competition this season. And remember, they don't have J.J. Watt in the lineup. Here's how well other running backs have done versus Houston this season. 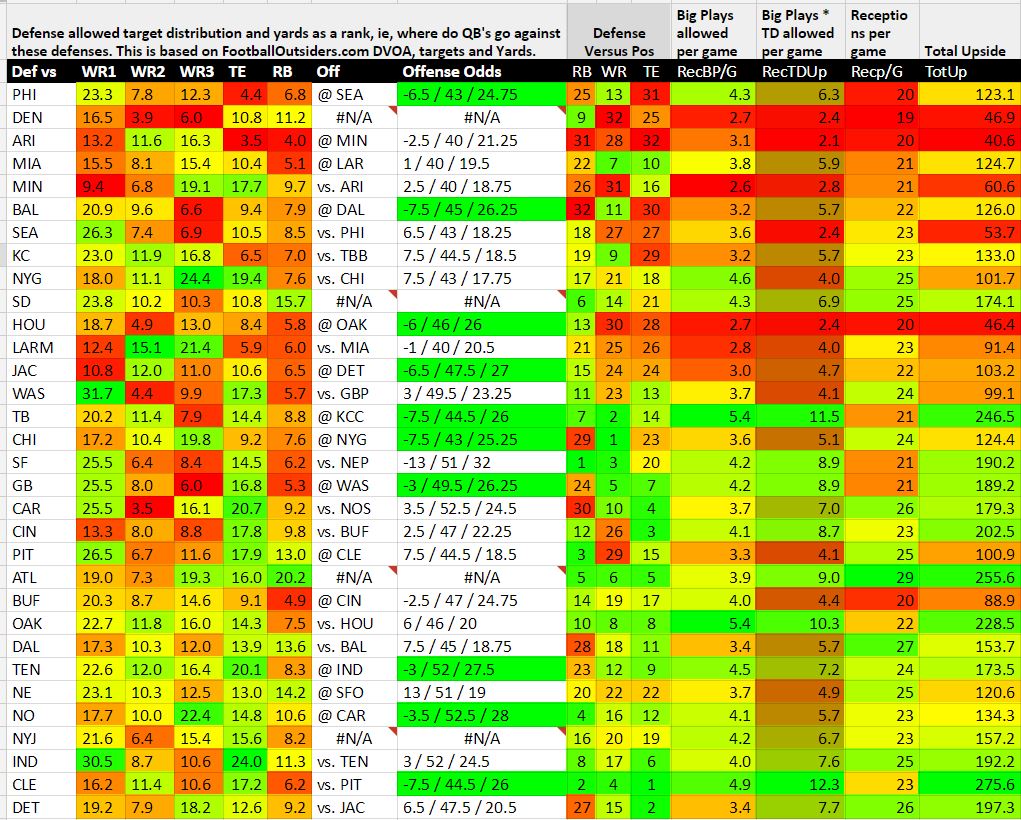