When you're hunting for the best defense to start on your fantasy football team you're looking for sacks and turnovers. Sacks and turnovers start with QB pressure, without pressure on the quarterback you team defense won't produce points. My pass protection chart below is designed to help you identify the best offensive line vs defensive line match-ups this week. Don't forget to use my defense vs receiver heat map to select the best options on offense. And no article is complete without a link to our DFS optimal lineup tool.

How To Read The Chart 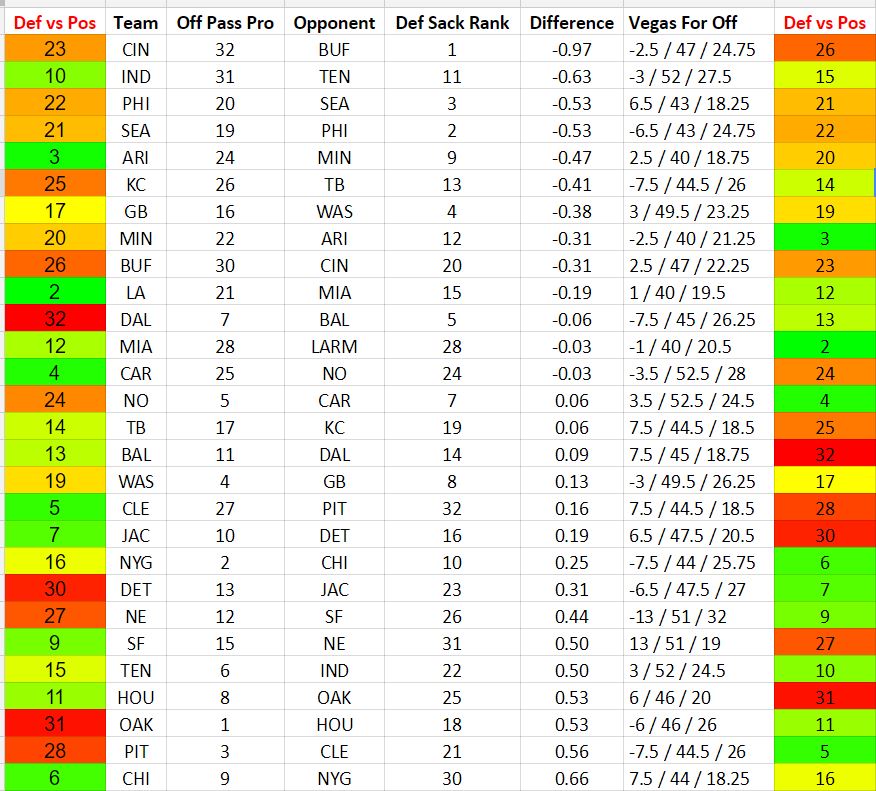