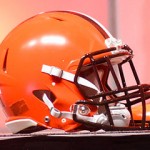 Since their return to the NFL in 1999, Cleveland has endured constant troubles in their attempt to build a successful team. Shiny new pieces are brought in while old pieces are polished. Yet, each season seems to end with fans uttering the ever familiar phrase, “next year will be our year”. Early 2014 looked promising […]

Dwayne Bowe has been forced to endure six seasons of instability during his career as a Chief, which began upon his selection with the 23rd overall pick of the 2007 NFL Draft. Since that time, he has experienced constant change at the Head Coaching position, which evolved from Herman Edwards to Todd Haley to  Romeo Crennel. […]

Six Seasons Of Instability   Bowe was selected by Kansas City with the 23rd overall pick of the 2007 NFL Draft, and has experienced a considerable degree of change since that time. He has endured a proverbial revolving door at the Head Coaching position, consisting of Herman Edwards, Todd Haley, and Romeo Crennel. That in […]