Fantasy Sleepers Spencer Ware (RB, Kansas City) and Ryan Griffin (TE, Houston) played teacher’s pet in Week 12 as Ware torched the Bills’ for 114 yards and a lone TD, while Griffin literally ran amuck seeing little to no coverage hauling in 4 balls for 72 yards and a score.

This week, our cast of potential fantasy sleepers features a few identifiable candidates along with some newer names you may not recognize.

Keep in mind one thing, this week features the last remaining undefeated team in Carolina facing a reeling Saints’ club that is flirting with being the worst defense against the three major positions in football.

A fantasy dream game on paper.

Here’s a quick look at my Top 4 matchups versus position—Teams in BOLD designate poor defense at position to exploit. 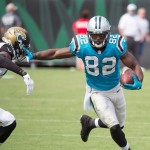 Cotchery has shown himself to be a trusted veteran presence within Carolina's passing scheme in recent weeks.

In fact, Cotchery has hauled in nine balls for 130 yards in his past two contests against Dallas and Washington—two defenses that aren’t elite, but tend to be stingy.

This week, I love the opportunity Cotchery has in front of him against a Saints’ defense that is dead last against opposing receivers.

Fantasy sleepers are getting harder and harder to find, but Cotchery’s should be available in most leagues and he is one of the better choices for Week 13. 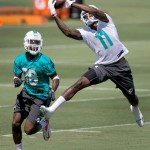 Rishard Matthews seems to be out for the non-foreseeable future according to Rand Getlin on Twitter, as he suffered multiple fractured ribs in Week 12.

The Dolphins are now set to turn to their rookie DeVante Parker, who in Matthews stead last week, caught four balls on 10 targets for 80 yards and a single touchdown against the Jets.

It’s worth noting that the Dolphins’ season is all but lost, and they have a favorable matchup for receivers against Baltimore this week.

When you combine these two aspects, one has to envision the Dolphins will be in “show me what ya got” mode, while Parker will be “on display”. 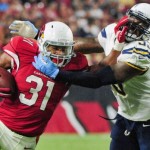 Johnson had a modest showing against a 49er3 defense that can defend well against the run—specifically at home. Johnson ran for 21 yards and a single touchdown on 8 carries and caught an additional 2 passes out of the backfield.

Johnson will have a more favorable matchup this week against the Rams considering the Rams are likely to focus heavily on the Cardinals’ outside receivers.

Johnson is a top tier add especially in deeper formats. 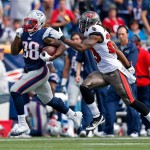 He comes cheap, has a dream match-up against Philadelphia this week and he's getting more and more work.

From a fantasy sleepers point-of-view, Bolden enters Week 13 with a lot of potential upside and still a very low ownership.

For those looking for a deeper league add at running back, it doesn’t get much better than Bolden. The Eagles are one of the worst teams at stopping the run, and they seemingly get worse with each passing week.

I see the Patriots jumping out to a nice comfortable lead, and utilizing the ground game to manage the flow—perfect setup for fantasy owners. 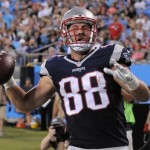 Another potential in the fantasy sleepers category is Scott Chandler who is bound to see an increased now that Gronk’s knee injury will sideline him this week, and possibly more...

Rob Gronkowski not expected to play Sun vs. Eagles, per sources. Likely to miss multiple weeks; return date will be a pain tolerance issue.

Chandler has always been a reliable TE even from a fantasy sleepers aspect while in Buffalo, and the Patriots love to target their tight ends when threatening in the red-zone.

The Eagles usually defend this position well, but one has to think that the secondary is going to have their hands full defending against the Pats’ receivers and the edge with those backs flying out of there. This lends some favor towards a seeing Chandler putting up some decent numbers in Week 13.

Good luck this week, and be sure to check out our Fantasy Rankings for Week 13!