Week 12 is loaded with great team defense match-ups. The following teams are starting backup quarterbacks: Cleveland, Rams, Colts and the Bears. On top of those games we have some glaring match-ups to exploit. So which ones do you target as streamers in your full season league? Who are you going to target in your cash games and GPP tournaments on FanDuel and DraftKings? These questions are answered in our sack ratings chart. Be sure to read all of rankings headed into the upcoming week.

My Favorite Picks for Week 12 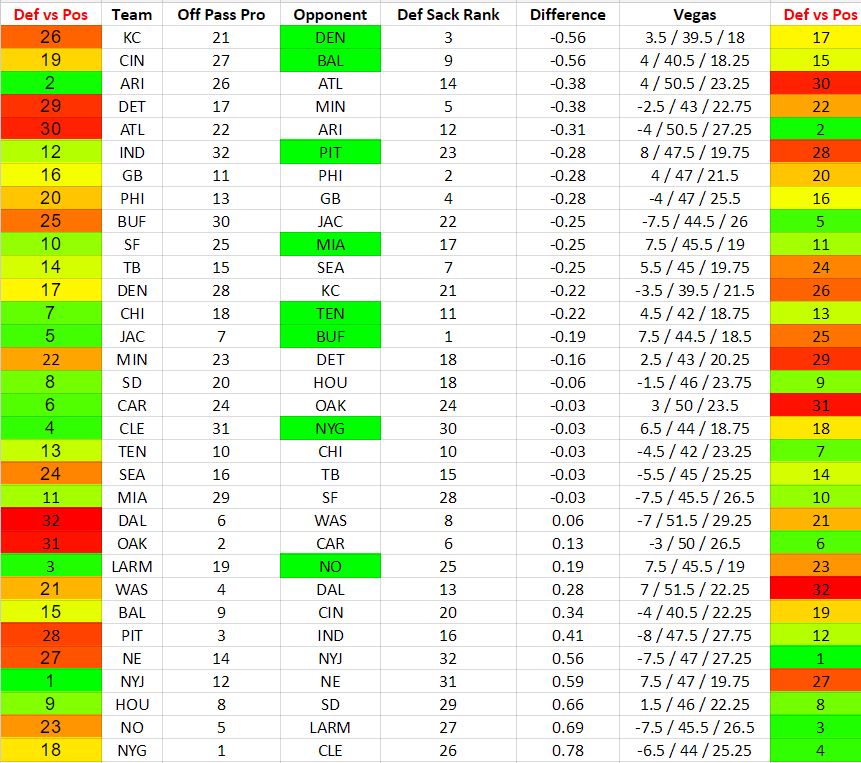