Which wide receivers, tight ends and running backs have the best receiving match-up in week 9? The goal of this article is to highlight where an offensive may choose to attack a defense based on the past results of their opponents defense. In this copy cat league, once a team exploits a certain area of your defense other teams will follow suit. Using this heat map we can pin point the most favorable areas to target in in week 9. We look at the pass targets and yardage for RB, WR1, WR2, WR3 and TE. We then creating heat maps to showcase where each team has been getting exposed via the pass. You'll also see I've added the team defense fantasy points allowed by position to help you figure out the favorable matchups.

So here's who I like this week per the heat map. 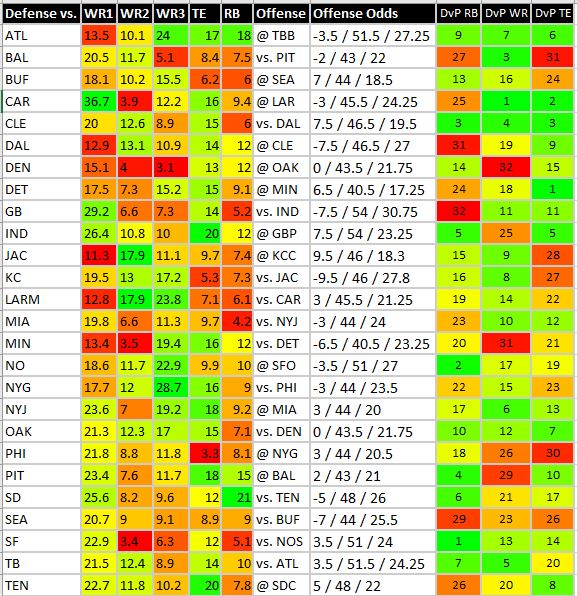