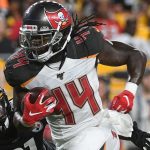 Most people just recently finished up drafting their fantasy teams for the year, so a waiver wire column may seem counterintuitive. If we’re being honest though, most of us made a mistake or two in the draft process. There is no better time to fix that, than before the season starts. Right now there are […] 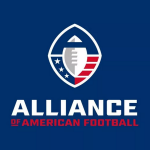 If you made it to week 8 and are now in the Championship, congratulations! We’re well on our way to taking home a year 1 championship over here at Fantasy Knuckleheads. As it stands my team is currently sitting at 5-2. Winning 5 straight behind Week 3’s star pickup Pierson-El. All 3 of last weeks […]

Week 7 of AAF football is upon us. With this comes Johnny Footballs return to our televisions! It’s getting harder and harder to find any standout wire picks that can really help a season. Last week we struck out on Pirce and Saxton. Mullaney, on the other hand, had 6 catches on 7 targets for […]

Welcome back to Week 6. Another week, another QB benching, another opportunity. At this point in the season, my personal team is 4-2 mostly because of who I’ve managed to find on waivers. Grabbing a contributing player or two can make a huge difference in a league with so much uncertainty. Last week I advised […]

The AAF’s first fantasy season has been… something. A bit of an experiment if you dare say. If your team is anything like mine, it needs a lot of work this week. I did a little digging for you to help you get your team on track to win your first AAF Fantasy Championship. Names will […]