Welcome to the world of IDP sleepers. Since leagues can vary in size from 8 to 32 teams this page will cover a host of players from the upper echelon down to guys you may have never heard of. It’s here that we will open your eyes to a plethora of IPD sleepers to get you ready for the upcoming fantasy draft. 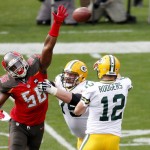 I wanted to get out some 2015 IDP sleepers before the season starts, I’m sorry I couldn’t have published these a little earlier. I have a few guys at each position. At Linebacker. Telvin Smith (JAX) – My biggest IDP sleeper of the year and by many IDP experts standards this guy is NOT REALLY […] 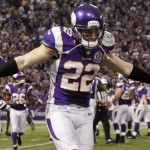 Defensive Backs should be the last IDP position you draft as they have the biggest variance year to year. These draft rankings represent you best options for the 2015 season, especially the tier 1 options. Tier 1 1. Harrison Smith – MIN It is hard to argue his number 1 position. Big plays tackles and […]

IDP sleepers are definitely hard to identify in any one given year. For example, in 2013 the number of players who fit the model of “sleeper”   is so vast it would be impossible to highlight every single player in one article. Still, among the numerous candidates available to mention there are a select few that appear […]

With the news of MLB Lofa Tatupu’s pectoral injury, a new sleeper is being thrust upon the IDP world quickly: Akeem Dent. Make no mistake; Dent has been a sleeper candidate all along. There were rumors that the Falcons privately longed for Dent to win the MLB job over Tatupu in camp and that Tatupu […]

Well here we are as we hit the month of February and are less than a week away from the Super Bowl and the end to the 2011 season. So as we look towards 2012 we are giving our readers a leg up on their competition as we try to identify some sleepers. The first […]