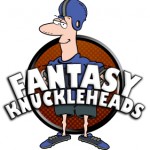 The running back position has become more and more devalued in the NFL but still plays an integral role in your fantasy season. A good draft strategy these days is waiting on a running back until the later rounds if your not in a position to grab one of those Top 5 RBs on your […]

Regardless of the reports about Jim Harbaugh and Trent Baalke having their differences within the 49ers organization this offseason, they have both certainly put those rumors to sleep during the 2014 NFL Draft by further establishing the motto of “In HarBaalke We Trust”. The 49ers entered the draft with 11 total picks and although many […]

The panel of so-called analysts at NFL Network seem to believe the Patriots #7 ranking is accurate, but most fans view it as an extreme lack of respect. The Patriots are ranked fairly behind super bowl champion Seattle Seahawks rightfully so, and behind their biggest AFC competition in the Denver Broncos, also super bowl runners up. The […]

With the 30th pick in the 2014 NFL Draft the San Francisco 49ers selected safety Jimmy Ward out of Northern Illinois. This may have been a surprise to many, including myself, but ultimately it makes a lot of sense if Ward is able to successfully convert to play the nickelback position in order to cover […]

The big day is almost here as we are officially less than one day away from the 2014 NFL Draft. As always, there have been numerous rumors and updates as to who teams will draft tomorrow in round one. The San Francisco 49ers are set to pick at No. 30 but, they have 11 total […]