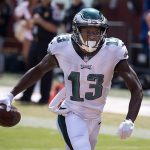 No matter what draft strategy you use, it’s important to remember that you’re drafting more than just a starting lineup. Having a solid, deep bench is just as important in winning that league championship, and filling the back half of your lineup with high-opportunity players is essential. That’s where these late round steals come in. Sure, […] 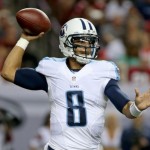 Every year, there are a handful of super sexy quarterbacks that the fantasy football world goes gaga over. This year, that list includes the likes of Jimmy Garoppolo, Deshaun Watson, and Patrick Mahomes, all players that have started 7 or fewer games in their respective careers. Too often, we get excited over the potential of […] 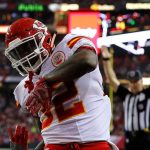 When you get right down to it, fantasy football is a game for truffle pigs. Let me finish! It’s about sniffing out potential that’s sometimes buried way underneath the surface. It’s our jobs to locate that hidden upside, and then nurture it into becoming the greatest delicacy of all: a fantasy football championship. That’s what […] 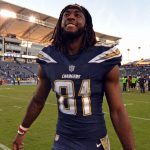 Hello everybody and welcome to fantasy football 2018. With the NFL draft in the rearview, depth charts are starting to take shape. There is still plenty of room for prognostication leading into fantasy drafts and that is where I come in. I have a few favorite players that will cost very little but could provide […] 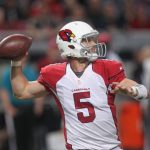 Championship week. This is what you’ve been preparing for all season long. All the waiver wire obsessing, all the agonizing over who to flex, all the trips to that online thesaurus to help churn out some primo trash talk…it all culminates this week. And if you’ve made it to the final round, you may feel […]