The offseason is finally almost over. Training camps are on the horizon, meaning football fans all over the world are ready to dive straight into the six-and-a-half month marathon that is the NFL season. The hot July sun will soon give way to crisp autumn afternoons and bone-chilling winter nights. In the meantime, those fans […] 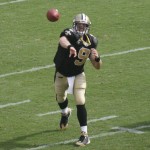 Fantasy football is truly a “what have you done for me lately” kind of game. A season or even a few game stretch of not playing up to expectations can dramatically alter the value of a player. Yet, you still see players with the big name that just won’t go away, whether or not the […]

The New Orleans Saints entered the 2015 NFL Draft armed with nine picks. As the action wrapped up on Saturday in Chicago, the Saints used every one of those picks, drafting nine new faces that they hope can play their part in what will be a pivotal 2015 season in the crescent city. The Saints […] 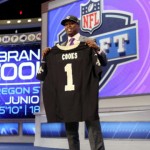 The 2015 NFL Draft is officially less than one week away from kicking off in Chicago, and the anticipation amongst football fans across the globe could not be greater. Executives, coaches and personnel staff throughout the league are honing in on their final preparations ahead of the three-day event, as fans sit back and bask […] 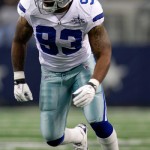 The New Orleans Saints have added some much-needed veteran depth along their defensive front by agreeing to terms with LB/DE Anthony Spencer on a one-year contract. Spencer, 31, spent the first eight seasons of his pro career with the Dallas Cowboys, who selected him 26th overall in the 2007 NFL Draft. Once considered among the […]