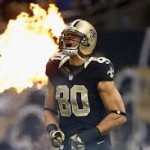 The New Orleans Saints wasted no time making waves as the NFL’s free agency period got underway Tuesday, agreeing to ship TE Jimmy Graham and a fourth-round draft pick to Seattle in exchange for C Max Unger and the Seahawks’ 2015 first-round draft pick. Graham was the subject of a protracted franchise tag saga last […] 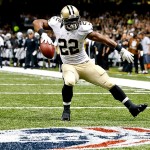 The New Orleans Saints have reached an agreement on a four-year contract with running back Mark Ingram, who finished the 2014 season as the team’s leading rusher. Ingram, one of two 2011 first-round draft picks of the Saints, was set to hit the open market, with free agency officially getting underway on Tuesday, March 10. […] 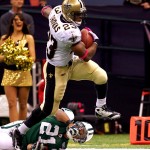 Saddled with tight salary cap constraints on the brink of the NFL’s free agency period, the New Orleans Saints took the next steps towards maximizing their financial wiggle room by informing veteran running back Pierre Thomas that he will be released. The former undrafted free agent was notified by the team of its decision on […] 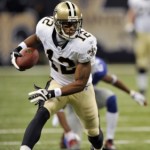 To say that the New Orleans Saints’ 2014 season failed to meet expectations would be the understatement of all centuries. Frankly, the Saints were a disappointment all the way across the board, stumbling out of the gate and failing to ever grasp control of an equally dismal NFC South division. Defensive issues and offensive miscues […]

The New Orleans Saints have signed CB Delvin Breaux, a Louisiana native who spent the last two seasons playing in Canada with the CFL’s Hamilton Tiger-Cats. Breaux, who excels as a shutdown corner in man coverage, gives the Saints’ roster a boost and a fresh injection of talent at a position that struggled throughout 2014. […]